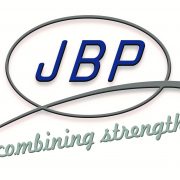 Dear reader, we are just about to finish the first month of 2021 and the world is still suffering from this global and long-lasting pandemic. However, the movement restrictions give me the opportunity to use some hours of the weekend to reflect on the history which I would like to continue to share with you. I do hope we will soon be able to travel again and meet with friends and business colleagues around the globe, to share experiences and develop our mutual business – TRENCHLESS.

As mentioned previously, the first UV patent (method patent) was granted with a priority date of April 6th 1983, followed by the first installation in September 1985.
The early installation technology was based on inversion of the liners – felt and resin lining where the installation was fed by water from a tower and the glass fibre liner inflated by air.

The installation of the Inpipe liner was done with a tool like a cone, fixed at the inversion side manhole by a “rubber packer”, a vulcanized rubber packer that was placed inside the liner, you read right inside the liner which meant that the first 20-30 cm were completely uncured and had to be cured separately after completing curing with the light train. Below a picture of the “invrängnings dorn» The liner was pushed through the cone and a membrane made out of leather and tighten by a rubber band to prevent the internal pressure to “leak out”. Then it was turned inside out over the rubber packer and locked in place in the pipe by compressed air like a packer for short lining or pipe stopper.

The technology required one person to be in the manhole during the whole time the liner was inverted by compressed air. I do remember that during this hour or hours you got covered with talcum powder since this was used to lubricate the liner and specially the inner tubing at the liner turning point.

However, this was the first installation tool and quite soon the “invrängnings dorn” was replaced with a 90-degree elbow which allowed the feeding of the liner from the top but still with the same type of lock in place technology!

Development and improvement of materials and liner was a daily topics on the work agenda. With increased market activities there a need to speed up the technical improvements of material and final liner product.

At this time the resin used for the Inpipe liner was a result of a co-development between the inventor and the Swedish company ASEA in Piteå, North Sweden.
Today named as ABB. The styrene based polyester was, in the beginning, made thixotropic and later thickened with Magnesiumoxid which is today the most used combination to increase the viscosity of the resin during storage and transportation to secure an even wall thickness of the final cured pipe.

In 1988 Inpipe decided to step up the development work on the resin and a joint venture with the Germany chemical company BASF was entered into. Test and laboratory work started immediately at BASF´s production facility in Ludwigshafen. I had the opportunity to work side by side with the research and development department for resins and composites for nearly a year.

Now the adaptation of the light curable Isophthalic acid based resin “A 400”, an unsaturated polyester resin to which isophthalic acid is added with the aim to create a more reactive resin with improved stiffness when the resin was cured. The Palatal P 92 was an improved version of the A400, the “I” version of P 92 was and is based on isophthalic acid and neopentyl glycol. Today the ISO NPG resin is supplied by Aliancys and conforms to DIN 18820/1 group 3 resins – I would say one of the mostly used resin for relining today.

The unique design of the glass fibre reinforcement was braided in the beginning with a braided tube consisting of 96 individual woven glass tapes, each with a width of 5 mm, creating a flexible liner in terms of diameter. When the liner was expanded the angel of the braided “stocking” changed and the fibre direction becoming more and more circular which increased the ring stiffness of the cured pipe without adding more wall-thickness! Fantastic design, wasn’t it?

However, a coin has always two sides, so the downside was that when the diameter was increased the length of the liner shortened which created wrinkles of the inner tubing. This issue was later solved with some changes to the thermoplastic material and inner layer of reinforcement, still pure glass fibre.

Picture from Inpipe´s marketing brochure in 1988

Enough with detail of history of technology and back to the market situation and competition. As mentioned in my previous episode, the Danish contractor.

Now, with new strong and enthusiastic investors and with Mr. Burlin leading, the plan for the new Inpipe factory took shape quickly and the factory was opened in 1987. At that time the market focus was Scandinavia and Germany.

From the market study the benchmark result showed that if the Inpipe liner could handle diameters from 150 to 400 mm approximately 85-90% of the potential rehabilitation projects would be covered. Based on this the factory and its machines were designed for diameters up to 400mm.

With a dozen partners the volume of sales started to grow and money started to flow in the right direction which was very welcome. The picture above shows the Installation trailer in action during an installation in Ostvik spring 1989, some 20 Km north of the city Skellefteå where Inpipe’s head office was located. Inpipe was carrying out its own installation for marketing purposes as well technology development. Above Roland Lindeberg who was head of installations here together with Bernt Lundberg who is unfortunately no longer with us.

Bernt said in an early stage that even if we see strong competition from Insituform, InLiner or the French based company Copeflex and others, the real competition comes from road diggers and their political masters. He pointed to the relatively small market share which Inpipe sought to hold compared with the whole Dig and No-Dig renovation business. There was more than enough business in the trenchless rehabilitation market to support several industry players and the real aim of all manufactures and contractors must be to ensure the continued expansion of the trenchless sector, He was so right!

If I don’t remembering incorrectly, at that time an installed meter of DN 225 ground or street located sewer pipe in Sweden was billed at approx. SEK 1800 or at today’s rate approximately €180. In 1989 Inpipe had seven domestic licensees, from the very south of the country to the north, a distance of about 1500 Km. The same year an exclusive license was sign with the West German civil contractor Teerbau, to represent and carry out installations in Germany, Switzerland, Austria and the Netherlands. The spread of the Inpipe technology in mentioned region was based on appointed sub-licensees.

In spring 1989 No-Dig International was held in Hamburg, Germany, and the first contact was made with the Japanese company Toa Grout and its main shareholder, Ooka son. Mr. Ooka became very interested in this technology and decided to look into the Japanese market together with his domestic partners, to see if this could be a product to introduce.

In the April 1986 issue of the trenchless magazine UNDERGROUND Insituform revealed information about the development work of “exotic material” at the Memphis based research facility to see how strong the Insituform felt and resin liner can be made if reinforcement of various configurations is laid up in the liner during its manufacturing process. The research program was also supported at that time by Insituform at their new facility in Wellingborough, UK. At the same time a research and development project were going on involving the “new” ultraviolet curing system, with the aim to replace the hot water! The main difference here was that Insituform was still using the water tower to invert the liner and then a submersible pulled the light source through the water filled uncured liner, not an easy task! Beside the technology to protect the medium pressure lamps igniting with 5000 Volts in water was also a challenge in terms of light transition and absorption in water.

In the autumn of 1987 Insituform´s “speedy new ultraviolet light curing technology was demonstrated by rehabilitating a factory sewer in Belgium, a secret commercial debut according to the magazine Underground. The project was a 58 meter long DN 300 vitrified clay pipe with structural defects. The project cost was GBP 12,000 (£ 207/meter) or € 233!

Above, lining work at the Bekaert steel wire plant near Kortrijk, Belgium.

Insituform made installations in the UK with the “new” UV cured technology, and in June 1988 the UK based magazine reported about the new light cured material which has been used at a site in Hertsmere, successfully I judge. At the same time it was reported that the traditional Insituform technology and Kebaco Nord has completed the first Insituform pipe repair for Volkswagens Hanover factory. A 100 meter length of leaking waste water pipe beneath a heavily reinforced concrete floor supporting machinery was cleaned and liner over the weekend at a cost of Pound Sterling 14 000. That means approximately GBP 1,400 a meter for a DN 150/200, with an inflation of two percent per year the price today would be approx. £ 2,300 or € 2,590 per meter!
What would the price be today for a similar project?

My next post will focus on the time from early ‘90 and the “new” players coming on board, manufactures and installers of UV Cured CIPP.

I would like to take the opportunity to thank Dec Downey for the valuable information he has contributed. Many thanks to all readers of my “Curious Facts” and the comments and emails sent to me which have encouraged me to continue. I´m interested to have input and comments from market experts to make these “ Curious Facts as detailed as possible.

Last but not least, Ian Clark and Paul Howard have merged and created a new online updated trenchless magazine – Trenchless Works. Ian´s magazine which has been around for many years feeding us with important news from around the world. The first issue of the new magazine has just been released and I have to say after reading it, Congratulations mates, you have done a great job it! The latest issue can be read by just clicking on the link below: https://www.trenchless-works.com/wp-content/uploads/2021/01/TW173_January2021_Final.pdf

This website uses cookies to improve your experience while you navigate through the website. Out of these, the cookies that are categorized as necessary are stored on your browser as they are essential for the working of basic functionalities of the website. We also use third-party cookies that help us analyze and understand how you use this website. These cookies will be stored in your browser only with your consent. You also have the option to opt-out of these cookies. But opting out of some of these cookies may affect your browsing experience.
Necessary Siempre activado
Necessary cookies are absolutely essential for the website to function properly. This category only includes cookies that ensures basic functionalities and security features of the website. These cookies do not store any personal information.
Non-necessary
Any cookies that may not be particularly necessary for the website to function and is used specifically to collect user personal data via analytics, ads, other embedded contents are termed as non-necessary cookies. It is mandatory to procure user consent prior to running these cookies on your website.
GUARDAR Y ACEPTAR
G-HBTDNN9TKRDesplazarse hacia arriba